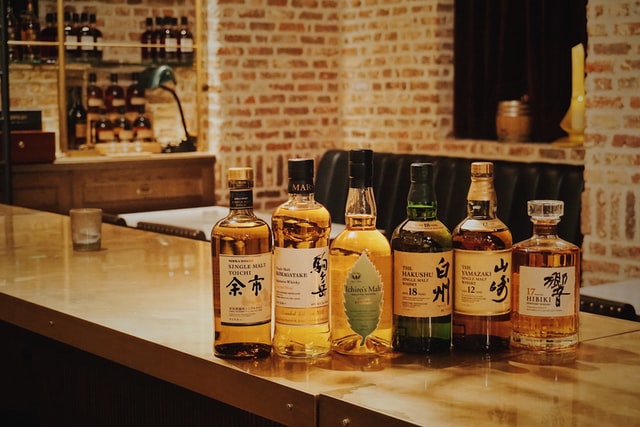 Alcohol; how does affect muscles? This article will discuss the effects of alcohol on the athlete’s muscles. Alcohol (alcoholic beverages) is an ethanol solution. Is a psychoactive drug that can have a depressant effect on the central nervous system. The production and consumption of alcoholic beverages have a long history and are widespread in all cultures. In most societies, that consumption has become an important tradition on various holidays.

Ethanol, among all alcohols, is less toxic but at the same time has strong psychoactive properties. Now scientists have established some conditional positive effects of alcohol consumption and, of course, adverse effects, of which there are significantly more. But today, we will only talk about the effects alcohol can have on muscle tissue.

Effects of alcohol on muscle tissue

It should say right away that hurts muscle tissue in any amount.

Should now highlight physiological mechanisms of the effects of alcohol on muscle tissue.

Stops the formation of protein compounds

Protein synthesis is the process of combining amino acid compounds in a strictly defined sequence. If alcoholic beverages are consumed in moderation, this process stops by 20% because the production of cortisol is accelerated.

Clinical trials found that alcohol can suppress the production of insulin-like growth factors and GH. Within two weeks of consumption, their production decreases by 70%.

Dehydration occurs in the body.

With the metabolism of alcohol, there is a lot of excretion by the kidneys, which leads to dehydration of the body. It has long been shown that water is necessary for the growth of muscle tissue. If it is insufficient, growth slows down, and even muscle destruction is possible in extreme cases. Even alcoholic beverages (beer) make it easier to stop the growth of muscle tissue.

Male hormone levels drop for several reasons. Alcohol increases the number of testosterone-binding protein compounds. The conversion of the male hormone into estrogen is accelerated significantly. Some alcoholic beverages (beer) contain substances similar to estrogen. And the last reason is alcohol’s ability to stimulate estrogen receptors. It is why some people with alcoholism develop gynecological symptoms.

Depleted reserves of minerals and vitamins

With the frequent use of alcoholic beverages, the body begins to feel a lack of vitamins in groups B, C, and A. Calcium, phosphates, and zinc also accumulate. It is these substances that are extremely important for the growth of muscle tissue.

Alcohol refers to caloric foods that interfere with the Cancer cycle. This process is essential for fat burning. It has been found that only 24 grams of alcohol can reduce the oxidation processes of fat cells by 73%. As a result, most of the alcohol consumed will be stored as fat.

Alcohol disrupts the sequence of sleep stages, which negatively affects the repair of muscle tissue.

Not long ago, it was discovered that the Mfn1 gene leads to muscle weakness. When alcoholic beverages are consumed, this gene malfunctions, resulting in mitochondria being unable to produce the required amount of energy.

Even moderate consumption of alcoholic beverages (360 ml of beer or 150 ml of dry wine) for several weeks causes the quality of sperm to deteriorate. The life of sperm under the influence of alcohol is significantly reduced.

Studies on the effects on muscles

In 2014, special studies were conducted on the effects of alcohol on sports activities. The experiment found that when alcoholic beverages are consumed after exercise, the formation of protein compounds is significantly reduced, and the process of restoring muscle tissue stops.

The study included young men without health problems. They had to perform 3 types: strength, cycle endurance, and interval training. There was a two-week break between each exercise. After the lesson, the subjects were given various meals:

After summarizing the results of the study, researchers found that in the groups “ALC-PRO” and “ALC-CHO,” protein production in muscle tissue decreased by 24 and 37 percent, respectively, compared to the group “PRO. ” It allows us to speak of complete confidence in the ability of alcohol to stop the anabolic process after training and inhibit the process of muscle recovery. It should note that protein can accelerate the formation of protein compounds and the elimination of alcohol from the body.

How to reduce the effects on muscles

You should not exercise for two days after drinking alcoholic beverages. If you train the next day, it will lead to further damage to the muscle tissue.