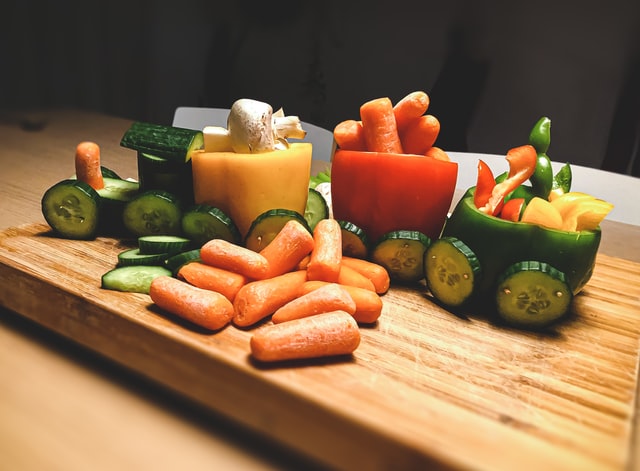 Nutrients, find out how much energy you expend during the day, how nutrients are expended at rest, and when you are on the verge of obesity. A healthy diet includes some rules. One of the main ones can be considered the compensation of the calorie content of the diet for all daily energy consumption of a person. Simply put, you should consume as many calories as you consume. In this condition, it will be possible to maintain a normal body weight. Today we will talk about the expenditure of nutrients in rest and exercise.

This indicator is the sum of three values:

We have already said that daily calorie intake must support food. However, this rule is true if you are at a normal weight. For those who want to lose weight or gain weight, the situation is different. When you consume fewer calories than your body needs, your metabolic processes are activated. As a result, your metabolism is disrupted and you lose weight.

In this case, it is possible to reduce performance and the body can no longer quickly adapt to external conditions. This can lead to health problems. If energy deficiencies were created in a way that eliminates excess weight, then the indicator should not be large. In this case, health problems will not arise.

This measure must be determined in the morning on an empty stomach at room temperature and always in the back position. Basic metabolism characterizes all energy expenditure to ensure the normal functioning of all body systems. It affects many factors, such as age, gender, nervous system condition, nutritional quality, and so on.

The basic metabolism of women compared to men is on average five percent lower. In older people, this indicator differs from young people by 10-15 percent. In the body of a child, the metabolic process is somewhat faster on average than in an adult. An equally important factor in this matter is the constitution of the body. Overweight people have a slower metabolism than active people with a normal body mass index. The average basal metabolic rate in adults is one calorie per kilogram of body weight per hour.

Food intake speeds up the metabolic process and this is especially true for foods that contain protein preparations. It’s all about activating the digestive system and some muscles. Metabolic processes are often accelerated by 12 percent or less during a meal. Base metabolism also increases due to physical activity. Even if you sit still, your basal metabolic rate rises by an average of 15 percent. During walking, the average speed, the increase in metabolic rate reaches the base of 100 and when it is running, 400 percent.

With exercise, your metabolism can increase 10 to 20 times. This fact speaks to the importance of exercising for weight loss. It is a theory of proper nutrition in balance, according to which the normal functioning of the body is possible only if it is satisfied with the necessary energy.

This indicator greatly affects the food you eat. Essential nutrients do not increase your metabolic rate evenly. As we said above, protein compounds have the maximum effect on the metabolic process – from 30 to 40 percent. For fats and carbohydrates, this figure is lower – 4-14 and 4-7 percent, respectively. Note that the acceleration of metabolism during a meal is called the special powerful effect of food.

Today, many people know that exercise speeds up basic metabolism. In fact, it is with this that the recommendations are related to taking an active part in the harbor during weight loss. A special table of movement ratios for different population groups was created. If you know your basic metabolic rate, you can easily calculate your daily calorie expenditure thanks to your exercise rate.

What is the rate at which nutrients are consumed at rest and during exercise?

Many people today believe that the main reason for weight gain is the high amount of carbohydrates in the diet. But in practice, this is not entirely true, as has been proven in several studies. After a three-day diet high in carbohydrates, the increase in fat was mainly due to the fat in the food.

Only after a week of using such a diet does glycogen storage in the body increase by half a kilo and the nutrients begin to be converted into adipose tissue. But carbohydrate-containing proteins are saturating and difficult to consume in large quantities. This suggests that our body has some sort of protective device against excessive carbohydrate intake. If you eat carbohydrate-rich foods regularly, your fat reserves will not increase.

Let’s find out how things are with fat. Remember that this nutrient is one of the main sources of energy. If you consume enough carbohydrates, they are used as an energy source. Otherwise, energy is obtained from fat. Many scientists agree that saturation is directly related to the number of carbohydrates that enter the body. Until the required amount of nutrients is reached, you will feel hungry.

All of this suggests that a low-carb diet can lead to overeating. The human body is almost incapable of dealing with large amounts of fat on its own by controlling appetite. If there are effective self-regulating methods for protein mixtures and carbohydrates, then fat is located at the bottom of the oxidation chain, with the help of the body choosing one or another energy source. Scientists explain this fact with the unlimited ability to store fat as a backup energy source.

According to the results of research conducted, when walking (about 25 percent of maximum oxygen consumption) at low concentrations (about five kilometers per hour). The body uses active fats, 85% of which are taken from the bloodstream. With such motility, the rate of entry of fatty acids into the blood is almost equal to the rate of their release from adipose tissue. When the maximum oxygen consumption reaches 65 percent, the fatty acids are oxidized the fastest.

But even this is not enough, which forces the body to use carbohydrates as an energy source. With a further increase in the intensity of physical activity, the body oxidizes fatty acids even less effective and as a result begins to use glycogen, which is located in muscle tissue. There is a lot of talks today about the success of fasting training for weight loss. However, this is a controversial topic and scientists have not yet reached a consensus.

At the same time, research results have shown that consuming carbohydrates before you start exercising not only increases glycogen storage but also allows you to speed up the process of activating fatty acids. To do this, you need to consume carbohydrates with a low blood sugar index. Here you can achieve maximum results.

Researchers have linked this fact to lower blood sugar levels, lower levels of lactic acid in muscle tissue during exercise, and the body’s ability to maintain adequate levels of fatty acids and glucose in the blood. If you consume carbohydrates directly during the lesson, the results will be even better. However, the use of a medium-chain triglycerol did not lead to any significant changes.

When running, fatty acids oxidize much faster compared to cycling with the same intensity. It has been found that at 40 percent of maximum oxygen consumption, the female body oxidizes fat much more efficiently than the male. However, with increased exercise, these differences level off. Also note that the rate of fatty acid oxidation increases during exercise, which combines intense strength training and cardio.

It is logical to assume that obesity can be the result of metabolic disorders. Researchers have been actively researching this issue because the problem of obesity is now very relevant for all developed countries. Based on the results we obtained, we can state the fact that obesity disrupts not only the process of post-meal thermogenesis but also thermogenesis, which is activated under the influence of physical exertion.

Note that energy consumption for the above processes is about 20 percent daily. However, at this point, there is no scientific evidence that obese people consume less energy compared to thin people. As you can see, there are contradictions that scientists cannot explain yet. If we consider this issue from the point of view of energy imbalances, it is difficult to say why obesity does not develop in every individual in such a situation.

There are research findings that indicate increased body weight with an unchanged lifestyle and diet. Scientists now cannot explain the nature of obesity relapse.

To somehow dispel the contradictions that have arisen, the following hypotheses were put forward:

Based on the above, it can be concluded that scientists still have a lot to learn about the human body. In the meantime, we must focus on known facts, as well as the hypotheses that are put forward, until they are disproved.